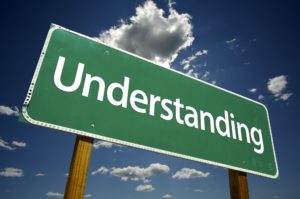 One of the most important, yet most neglected, biblical principles to remember when counseling others—especially others who are experiencing conflict—is found in Proverbs 18:17, “The one who states his case first seems right, until the other comes and examines him.” This truism serves as a warning to all of us to avoid hasty conclusions, which lead to giving hasty (and usually bad) counsel.

For example, no competent marriage counselor will listen only to the husband or only to the wife, but will seek the perspective of both. Likewise, no good counselor of those experiencing conflict will listen to only one party, but will seek to understand both parties involved. No legitimate peacemaking role can be played by someone who is so foolish as to think there is only one side to any story. Therefore, understanding and applying Solomon’s teaching is so very important to our ministry of counseling one another. Let’s think about what some faithful commentators have written about Proverbs 18:17.

While explaining the meaning of this proverb, John Kitchen writes, “The first evidence always sounds like the only evidence until further investigation takes place. The two lines of this proverb form one continuous sentence. The context appears to be that of a court of law, yet the principle of the proverbs applies far more widely. The law demanded that judges impartially hear both sides of a dispute (Deut 1:16). This is also essential for a parent, counselor or pastor—anyone who deals with people. Listening before forming a fixed opinion is mandatory, if justice is to be done (Prov 18:2, 13).”

As cross referenced by Kitchen, verse 13 of the same chapter is directly connected to verse 17. Proverbs 18:13 states, “If one gives an answer before he hears, it is his folly and shame.” “Some folk,” writes Kitchen, “think it a mark of wit and intelligence to always have a quick retort to any question or a hasty answer to settle any dispute. This proverb declares that such quick wittiness is, in fact, a sign of dimwittedness. It is a sign of a man’s ‘folly and shame,’ not his cleverness. He reveals that his great preoccupation is not in hearing and understanding, but in showing off his own supposed insight (Prov 18:2). Because of this propensity, he is vulnerable to the loudest and quickest to speak their mind (Prov 18:7; 20:25).”

Allen Ross also wisely contends, “The proverb reminds us that there are two sides in any dispute (legal, domestic, or religious) and that all sides is a dispute must be given a hearing.” To which Bruce Waltke agrees that “the proverb teaches the equality of disputants and instructs the disciple not only to hear both sides of an argument but to demand direct cross-examination before rendering a decision.”

William MacDonald’s counsel to us is simple and practical: “A man should get all the facts before giving his opinion. Otherwise he will be embarrassed when the full details are made known. There are two sides to every question: every divorce, every quarrel, etc. Don’t agree with a person if you have not heard the other person’s side.”

If, in our attempt to be peacemakers, we reach conclusions and make judgments without taking time to practice biblical love, by seeking out and listening to both parties involved, then we are not wise counselors at all, but extremely foolish. Instead of helping the people we claim to care about we do more damage by becoming part of the problem rather than the solution; instead of serving God as a true peacemaker, we serve the flesh and do the devil’s work.