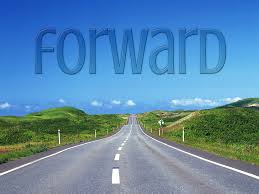 This morning, I awoke with the desire to page through a Moleskine journal that I recently filled up; my soul needed to feed upon the workings of the Spirit in my mind and heart in the past—taking in, again, spiritual nourishment I’ve received from the Word. Several pages that stood out to me contained the summary of weeks of meditating on the nature of true faith as described in the eleventh chapter of Hebrews. I posted these thoughts awhile back, but since my heart needs to be reminded of these things; I trust you will bear with me posting them, again, in a slightly revised and expanded version.

A chief quality of true faith, which rings out from Hebrews 11, is that biblical faith is fueled by the forward look. That is, inherent in true faith is a conscious choice to look beyond what is seen in the here and now (what we can humanly comprehend and reason) to what is unseen and yet promised. As I reviewed my conclusions concerning the qualities of faith, the forward look grabbed hold of my heart once more. This is the future-minded faith the Lord wants from us in 2015. Open your Bible to Hebrews 11 and let’s think this through, together.

Biblical faith looks forward and this forward look fuels the risk-taking obedience that is needed t follow God. This year, may the Lord grant to us the childlike faith that truly believes He is the God of the impossible! Only this kind of faith has the power to radically direct our values, choices, and the risks we are willing to take for His glory and the fulfillment of His will.