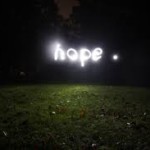 Last week’s Supreme Court decision in favor of homosexual marriage is one that grieves the heart of any true Christian. It brings grief because we know the Scriptures are true when it says that sin is a disgrace to any nation (Proverbs 14:34). But it also grieves us because we are sinners who have experienced the transforming power of the gospel and, therefore, also know that the hearty approval of sin does not do the sinner any favors. Instead it only leads to a deeper hardening of the heart away from God, and a searing of the conscience that cries out its warnings concerning the consequences of rebellion against God. So we grieve, but we do not grieve without hope. Why is that? Because we know that Jesus Christ and His gracious gospel always win. He will win the victory when He returns and He will win now, though it rarely appears that way from the horizontal perspective. We know this because we believe it by faith. Therefore, my prayer for the true church continues to be the same as it has been for decades: “Lord, awaken us. Since judgment shall first come to the household of God, awaken us to our own sinfulness and give us the gracious gift of repentance that we may know You more deeply, obey the Word more faithfully, love others more authentically, and announce the good news of Christ to the nations more fervently.”

Let Us Not Lose Gospel Perspective

You see, one thing that is true of the true church is that we never lose hope, ultimately. Yes, we get discouraged, even angry, but we do not lose hope if our eyes of faith are focused where they should be—on the glory of the risen Christ. And we never lose our perspective when we remember that Jesus will come again to judge the world and claim His bride and when He does He will set all things right. Therefore, let us not lose hope. Let us not lose gospel perspective. Let us remember that the gospel always shines brightest when the world is darkest. Yes, the world is running rapidly downhill toward destruction, but that is because the world is made up of sinners who, in their independence from God, are desperately trying to fill their lives with things that will never satisfy. Until they find rest in Jesus who invites all sinners to find rest in Him (Matthew 11:28), folly will abound still more and more. What is needed now is the same thing that has always been needed, a firm belief in the power of the gospel to transform sinners from the inside out.

Let Us Resurrect the Doctrine of Conversion

Authentic biblical ministry stands in awe of the power of God’s gospel to convert thoroughly sinful men and women from thoroughly sinful thoughts, actions, motives, emotions, and desires to Spirit-generated new creations that reflect the beautiful love and holiness of Jesus Christ—the Lord we are called to follow. God’s vision for making disciples; therefore, requires a theological understanding of the nature and effects of sin and of the work of His sovereign grace; not merely to reform sinners, but to regenerate, redeem, rescue, and thoroughly recreate them by reclaiming them for His own possession. Therefore, we must be convinced that, in order for any natural-born rebel who is against God’s divine sovereignty to come to the place of voluntarily submitting his or her will to the authority of the Lord Jesus Christ and, as a disciple, obeying His commands, a supernatural revolution must take place in the inner person. Nothing short of an extraordinary work of God via the wonder-working power of the gospel message is required—a work called “conversion.”

A biblical illustration of conversion is seen in the body of believers that God redeemed in the thoroughly sinful city of Corinth. Noted for its immorality, the city contained the temple to Aphrodite, the goddess of fertility, which housed 1,000 temple prostitutes. Its reputation was so well known that to commit sexual immorality was to “corinthianize.” G. Campbell Morgan described Corinth as one of the greatest cities in the Roman Empire, “characterized by wealth, luxuriousness and lust, by extreme cleverness and the arguments of its philosophers. The language used then was supposed to be the highest form of the Greek language. There was a phrase of the time, ‘To speak as they do at Corinth,’ which meant they spoke with accuracy and beauty, and with artistic finish. Corinth was the centre of everything intellectual, on the level of their own philosophies; but it was rotten at heart, utterly corrupt, given over to every manner of lasciviousness.” The good news is that God in His mercy chose to save some out of this corruption.

Or do you not know that the unrighteous will not inherit the kingdom of God? Do not be deceived: neither the sexually immoral, nor idolaters, nor adulterers, nor men who practice homosexuality, nor thieves, nor the greedy, nor drunkards, nor revilers, nor swindlers will inherit the kingdom of God. And such were some of you. But you were washed, you were sanctified, you were justified in the name of the Lord Jesus Christ and by the Spirit of our God. – 1 Corinthians 6:9-11

These are words of hope. “Such were some of you” (v. 11) is a bold declaration of the power of the gospel to change lives and lifestyles. The next word, “but,” highlights a strong contrast between what they were in the past and what they now are in Christ. This is conversion. This is a turning from sin to God. This is what God’s transforming grace looks like. Let us remember that conversion is the work of the Holy Spirit through the faithful proclamation of the gospel, the light of which can only be seen in the dark.

Tomorrow, we will consider the three miraculous works of the Spirit that take place upon conversion to Christ.

[Much of the content of this blog post is adapted from Counseling One Another: A Theology of Inter-Personal Discipleship, published by Shepherd Press.]