The last book of the Bible reveals what it will be like when Jesus returns (Rev. 19:11-16). Though containing details not previously revealed, this vision of the future, which John received from the Spirit of Jesus, is not new. Moses said to Israel, “For the Lord your God is God of gods and Lord of lords, the great, the mighty, and the awesome God”(Deut. 10:17). 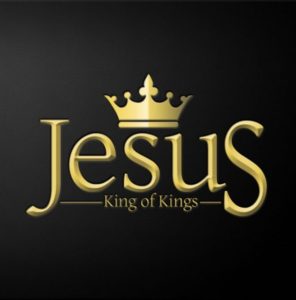 The book of Psalms continues to exalt God as Lord of all, repeatedly. Psalms, the Hebrew hymnbook, contains exhortations like this: Give thanks to the Lord of lords, for his steadfast love endures forever (Ps. 136:3). Even the pagan king, Nebuchadnezzar, acknowledged this to the prophet Daniel: The king answered and said to Daniel, “Truly, your God is God of gods and Lord of kings.”

And the New Testament apostles looked forward to the time when the Savior would show Himself in all the fullness of His kingly glory. And they always tied the second coming of Jesus to a call to holy living (1 Tim. 6:14-15).

This is all consistent with God’s holy calling for His chosen people, Israel. Israel was chosen by God—and set apart by God as holy—in order to be a light to the nations of whom God alone is the King. This is important for us to realize, since many Christians think of the concept of mission as a New Testament concept. The church, after all, is called to take the gospel of Jesus Christ to the nations. From the beginning, Israel was called out from the rest of the world to bring glory to the Lord’s name. For example,

This reoccurring theme brings us to the end of the Old Testament. If you are tempted to wonder what a 4-chapter book from a minor prophet has to say to us, today, remember the apostle Paul’s words in 1 Corinthians 10:6-11. But there is another reason to listen to Malachi. That is, being the last message of the Old Testament, it closes with the same message: The Redeemer is coming. Watch for Him.

The message Malachi delivered from God was meant to produce a longing for the Redeemer—the coming King. But before the hope of redemption could be announced again, God had some strong things to say to His people. His message may be summed up in five exhortations.

The king has come. And when He came, He died in our place, and rose from the grave. He alone can save us from our sins. But He is also coming again. When He comes again, He will come not as Savior, but as Judge. Is Jesus your Savior? If you do not know Jesus as your King, then there is a day coming when you must face him as your Judge. If you don’t know Jesus Christ, then do not wait another second to turn to Him in repentant faith. Turn from your sins, and run to Jesus.

Listen to the sermon here.