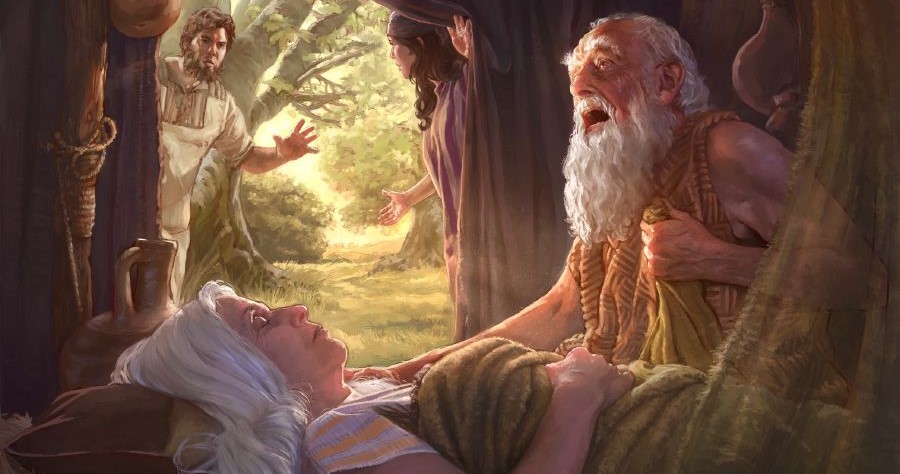 Sarah lived 127 years; these were the years of the life of Sarah.
And Sarah died at Kiriath-arba (that is, Hebron) in the land of Canaan,
and Abraham went in to mourn for Sarah and to weep for her. (Genesis 23:1-2)

It is heart-wrenching to lose someone you love, especially one with whom you’ve been through a lot. It can feel like a part of you died along with them and like your heart has been ripped out of your chest. The Bible reveals Abraham felt this way when his wife died.

Sarah passed away at the age of 127, which was a typical lifespan during the age of the patriarchs. She was ten years younger than her husband and his half-sister (Genesis 17:17; 20:12). She was 65 the first time Abraham directed her to lie about her full identity, saying she was his sister and not his wife (Genesis 12:4, 10-20). At mid-life she was still strikingly beautiful, which is why her husband feared that the Egyptian pharaoh would take her to be part of his harem. (Pharaohs had a bit of a reputation for stealing other men’s wives!)

In their 60-plus years of marriage, Abraham and Sarah had been through a lot together, including name changes for both of them, several cross-country moves, domestic conflicts, real-life encounters with God and angels, a nephew’s narrow escape from fire and brimstone, and the trial of infertility. All of this was followed by the unsurpassed joy of giving birth to their promised son! Shared life experiences bonded their hearts together like glue, as God had originally planned for the one-flesh relationship of marriage (Genesis 2:24).

But death ripped them apart. And when it did, Abraham mourned and wept for her. “Here the Hebrew word sapad (‘mourn’) means ‘to tear the heart and beat the breast.’ The Hebrew word bakah (‘weep’) means to ‘lament with great sorrow.’” It was a heart-wrenching day for Abraham. A part of him died.

One step further on his grief journey, he purchased a cave from the Hittites, so that he could honor the love of his life by giving her a proper burial. Refusing to receive the plot of land without cost, thus displaying Sarah’s great value to him, Abraham insisted he pay “full price…for a burying place” (Genesis 23:9). But purchasing this family burial plot in the land of Canaan says something more—something about Abraham’s faith.

In his moment of deepest loss, Abraham fastened his faith to God’s promised inheritance. He anchored his aching heart to the faithfulness of God. He reminded himself of God’s promise to return his descendants to the Promised Land in the future, after their long enslavement in a foreign land (Genesis 15:13-16).

In your loss, you can count on the promises of God. Consider reading Psalm 63:1-8, and praying it back to God.

[From the grief devotional A SMALL BOOK FOR THE HURTING HEART.]