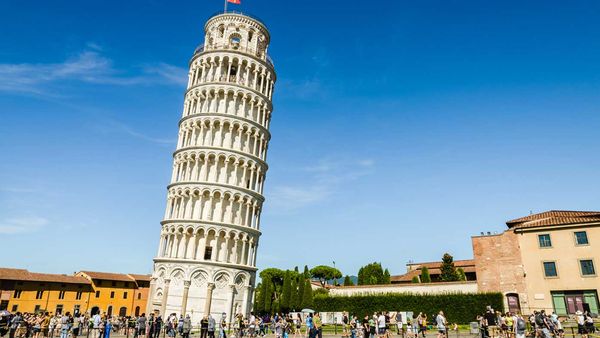 Known as one of the Seven Wonders of the World, the Leaning Tower of Pisa stands (or tilts) as an enduring testimony to the importance of a sure foundation. Begun in 1173, this marble bell tower was designed to reach 185 feet. But after the first three stories were built, the subsoil (made up of sand, clay, and water) began to sink. In an attempt to compensate for the leaning, the engineer in charge made the subsequent stories taller on the sinking side. But the extra masonry caused it to sink even more. Over the 201-year period during which the tower was built, numerous architects tried in vain to correct the problem. The rush of post WWII tourism caused even more stress on the structure, resulting in the tower being indefinitely closed to visitors. Drastic measures are still being considered in an effort to stop the continual slipping.

Uncompromising loyalty to the gospel, and the body of sound doctrine of which the gospel is the center, is the only sure foundation for the church of the living God. For this reason, as he sits down to write a letter to encourage and instruct the believers in Thessalonica, he is filled with thanksgiving for their testimony.

The church at Thessalonica was founded by the apostle Paul on his second missionary journey. Acts 17:2 informs us that he spent 3 weeks preaching Christ in the synagogue. Some sinners gladly embraced Jesus, while the unbelieving Jews caused a riot. God used this persecution to move Paul and Barnabas. The Scripture says they slipped out of the riot and went to Berea.

He now writes to the believers in Thessalonica for three reasons.

In short, the apostle calls them to live in light of the Lord’s soon return.

And he is doing the same for us. Time is short. Jesus is coming again. What kind of church does God want us to be? In this passage, we see three traits of God’s kind of church.

Through His sinless life, sacrificial death, and victorious resurrection, Jesus accomplished the greatest work of all. But through the Spirit of God, the work of Christ continues.

Contained in His promise to send the Spirit, He also said to His disciples, Truly, truly, I say to you, he who believes in Me, the works that I do shall he do also; and greater works than these shall he do; because I go to the Father (John 14:12). A well-known preacher of the past, Donald Grey Barnhouse, once told this story:

Aboard a United States submarine in enemy waters of the Pacific, a sailor was stricken with acute appendicitis. The nearest surgeon was thousands of miles away. Pharmacist Mate Wheller Lipes watched the seaman’s temperature rise to 106 degrees. His only hope was an operation. Said Lipes: ‘I have watched doctors do it. I think I could. What do you say?’ The sailor consented. In the wardroom, about the size of a pullman drawing room, the patient was stretched out on a table beneath a floodlight. The mate and assisting officers, dressed in reversed pajama tops, masked their faces with gauze.  The crew stood by the diving planes to keep the ship steady; the cook boiled water for sterilizing. A tea strainer served as an antiseptic cone. A broken-handled scalpel was the operating instrument. Alcohol drained from the torpedoes was the antiseptic. Bent tablespoons served to keep the muscles open. After cutting through the layers of muscle, the mate took twenty minutes to find the appendix. Two hours and a half later, the last catgut stitch was sewed, just as the last drop of ether gave out. Thirteen days later the patient was back at work.

Admittedly this was a much more magnificent feat than if it had been performed by trained surgeons in the fully equipped operating room of a modern hospital. Study this analogy and you will know the real meaning of Christ’s words: ‘Greater works than these shall he do; because I go unto My Father.’ For Christ, perfect God, to work directly on a lost soul to quicken and bring out of death and into life is great, but for Him to do the same thing through us is a greater work.[1]

Jesus, the divine architect and builder has designed a plan for His church. He wants to do great things through us, as we walk by the Spirit, according to the Word, staying true to the gospel—and living out its implications in our lives.

WATCH, OR LISTEN TO, THE SERMON FROM OUR CHURCH’S 30TH ANNIVERSARY CELEBRATION.