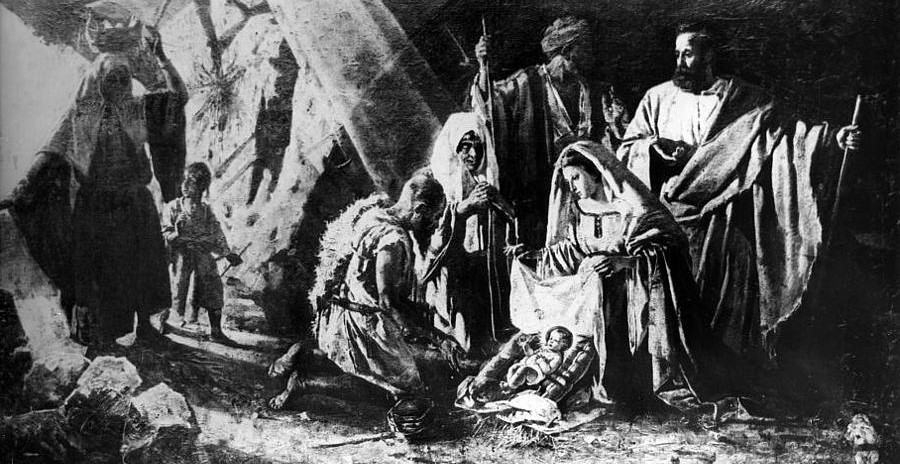 When Christ came into the world, he said, “Sacrifices and offerings you have not desired, but a body have you prepared for me.” (Hebrews 10:5)

Essential to Christ’s redeeming work for His people is the union of the divine and human natures. As the deity of Christ is full, absolute, and real deity, so His humanity is full, absolute, and real. To be human requires a body. The two essential facts of the gospel are the death and resurrection of Jesus (I Corinthians 15:3-4), both of which required a body. What Christ did and will do in that body God prepared for Him, both in humiliation and exaltation, is essential to our salvation. Christmas is a good time to meditate on what He has done and will do in that body.

First, He was conceived supernaturally (Luke 1:35). His virgin birth was naturally impossible, but with God all things are possible. What humiliation for the Creator to become an embryo in a creature’s womb! He was conceived by the power of the Holy Spirit to redeem those under the curse. No body no salvation.

Third, in that body He lived sympathetically (Hebrews 4: 15). His humanity was real, and His whole life was characterized by misery as the sinless God-Man walked through the sin-cursed world. He suffered the assaults of Satan and the hatred and unbelief of His people. In His real body He was touched with all of human infirmity. Therefore, He is sympathetic in His care and concern for His people. His knowledge of us is not just omniscient theory, but shared experience.

Fourth, in the same body He obeyed vicariously (Galatians 4:4). He rendered a total obedience to the law of God, satisfying its demands and earning life. As the second Adam and covenant Head of His people, His active obedience was substitutionary-the ground of justification for believers (Romans 10:4). The righteousness imputed to believers is the righteousness of a perfect humanity.

Fifth, in the same body He died sacrificially (Hebrews 2:14-17). This is the climax of humiliation. In His own body on the tree, He bore the sins of His people, taking sin’s curse, appeasing God’s wrath, and washing us clean.

Sixth, in the same body He was raised victoriously (2 Timothy 2:8). Jesus bodily resurrection declared victory over the last enemy and gave assurance that the conditions for life were satisfied.

Seventh, He ascended triumphantly (Acts 1:8). His visible, bodily entrance into heaven testified to the perfection and success of His earthly sojourn, and it was the guarantee that His people would forever be with Him (Hebrews 6:20). He was humanity’s trailblazer to glory.

Eighth, He intercedes continuously (Hebrews 7:25). In His exalted, bodily session at God’s right hand, He ever lives to mediate for His people. The glorified scars in His glorified body are irresistible arguments at the throne of grace.

Ninth, He will return gloriously (Acts 1:11). Jesus will bodily and visibly return to judge the world and perfect salvation (Hebrews 9:28). Before His body, every knee will bow and every tongue will confess that He is Lord of all (Philippians 2:10-11).

Tenth, He will reign eternally. “Of the increase of his government and peace there will be no end” (Isaiah 9:7). Christmas started something that will never end.

Let the reality of Jesus’ humanity solidify your conviction and hope.

*This devotional is excerpted from Gospel Meditations for Christmas.