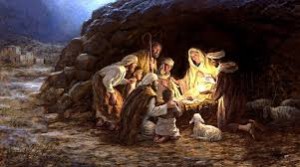 Grace is the gift of God brought to sinners through the giving of His Son who willingly humbled Himself, dwelt among us, died a cruel death in our place, and was raised from the dead to give us life. This is the gospel. Romans 1:1-7 is a one-sentence, 126-word, announcement of good news from God. Alva McClain writes, “The literary construction of this sentence is very beautiful, and the unfolding of the ideas exquisite! It is almost like the unfolding of a flower—first the stalk, then the bud, then the full bloom, then the heart of it!” (p. 34). The author of this text is Paul, formerly Saul the persecutor of the church.

The Gospel Is Good News from God (vv. 1-2). Paul calls this good news the “gospel of God.” It is God’s gospel. This gospel was “promised beforehand by the prophets.” So many Scriptures were perfectly fulfilled in the first advent of our Lord (see this encouraging article from Answers in Genesis)! Perhaps the greatest Old Testament prophecy fulfilled in our Savior’s death, burial, and resurrection is Isaiah 53. This good news from God was also “recorded in the Scriptures.” Paul stresses the importance of this truth in 1 Corinthians 15:1-5. The Gospel Is Good News about Jesus (vv. 3-4). The gospel concerns God’s Son. This sounds very simple, but it is very significant. The gospel is not about you; the gospel is not about me. The gospel is about Jesus Christ. He is the center of it all. Jesus was born of “a descendant of David” according to the flesh. Matthew’s genealogy, in particular, traces the lineage of Jesus back to King David. He began, “The record of the genealogy of Jesus the Messiah, the son of David” (Matthew 1:1). This was to establish the fact that Jesus is the rightful heir to the throne of David. He is the long, promised King of Israel. Jesus was born “according to the flesh.” Jesus is fully human. He is the God-man who broke into earth’s history to rescue us from our sin, and He did this in accordance with God’s perfect timing (Galatians 4:4-5). Jesus was declared the Son of God by His resurrection. The first advent of Jesus, as a descendant of David according to the flesh, presents his humanity. The resurrection of Jesus was a declaration of His deity. He is God in the flesh. He was raised from the dead by the power of the Holy Spirit. And it is because of His resurrection that we may have new life. Four names and titles are used of Jesus in these verses.

The Gospel Is Good News for Sinners (vv. 5-7). The good news is that the gospel turns sinners into saints. Here believers are described in three ways:

God has given us good news. The good news is that grace has arrived on the scene. Grace has been given to desperate, fallen humanity. The gospel is the message of grace, which saves us when we first become a Christian., but the gospel continues to preach to us—day after day—that God’s grace is enough for us. God loves sinners. What a wonder that is!! There is no greater news. There is no greater message. God’s grace has arrived. And it is found in His Son, the Lord Jesus.