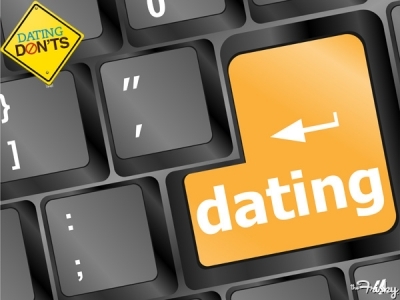 One way of learning how to do something is by watching someone else do it poorly. When I swam in triathlons, I had a friend who worked out in the same pool. In his freestyle stroke, he had a habit of putting his hand in the water too far toward the centerline of his body, turning his body slightly sideways. Therefore, instead of gliding through the water, he snow-plowed the water in front of him. I learned a lot by watching him: I learned how not to swim. His mistake helped me correct a similar error in my own stroke.

Perhaps we can use that same approach as we consider how Samson went about finding a wife. I once heard a dating talk entitled “the dos and don’ts of Dating.” Unfortunately, in chapters 14–16 of the book of Judges, we find only the don’ts of dating. There are no dos in Samson’s story. He did everything wrongly.

Samson had seen girls before, but this one was a real knockout. So much so, he immediately decided he wanted to marry her. What’s wrong with that? Boy meets girl. Boy flips his lid. Boy asks girl to marry him. Love at first sight … how romantic! What was wrong with Samson’s approach to dating? Everything. Specifically, he made three disastrous mistakes.

You probably know the rest of the story. Before the wedding feast was over, Samson’s beautiful bride had manipulated and betrayed him. She nagged and whined out of him the answer to the riddle he had invented to stump her wedding guests (Judges 14:16–17). Samson left the wedding in a fury and stormed out of town. Eventually, after several bouts of revenge and counter-revenge between Samson and his wife’s friends, Judges 15:8 tells us that Samson ended up living in a cave like an outlaw.

His self-styled approach to dating didn’t bring him the happiness and pleasure he thought it would. It brought only manipulation, distrust, faithlessness, in-law squabbles, anger, vengeance, and loneliness. Samson was forever putting himself in situations where he could become emotionally and physically involved with an unbeliever. And, inevitably, he did. He also measured a prospective companion only by her physical attractiveness rather than by her love for God. And when his parents tried to shine the light of wisdom on his bad decision, he turned a blind eye to their counsel. Those are three classic blunders, and Samson made them all.

[This blog post is excerpted from HELP! I’m Confused about Dating a mini-book by Joel James, a pastor in South Africa.]